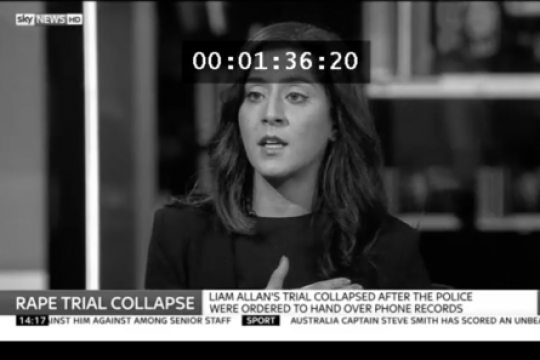 Narita Bahra appears for Sky News to discuss disclosure failures by the Prosecution which resulted in the collapse of the trial of Liam Allen.

Narita was invited to discuss the impact of the recent trial of Liam Allen.

Liam Allen was one of two men whose trials for rape collapsed this week after late disclosure of evidence by the Metropolitan Police Force, which undermined the case.

The MET have since announced that it will review 30 rape and sexual abuse cases that are about to go on trial after growing concern regarding Police failures to reveal vital evidence.

To visit Narita’s profile, please click the button below: